Hội An (, Hoi an, Vietnam), formerly known as Fai-Fo or Faifoo, is a city with a population of approximately 120,000 in Vietnam’s Quảng Nam Province and noted since 1999 as a UNESCO World Heritage Site.

Old Town Hội An, the city’s historic district, is recognized as an exceptionally well-preserved example of a South-East Asian trading port dating from the 15th to the 19th century, its buildings and street plan reflecting a unique blend of influences, indigenous and foreign.[2][3] Prominent in the city’s old town, is its covered “Japanese Bridge,” dating to the 16th-17th century.

Between the seventh and 10th centuries, the Cham (people of Champa) controlled the strategic spice trade and with this came tremendous wealth. The former harbour town of the Cham at the estuary of the Thu Bồn River was an important Vietnamese trading centre in the 16th and 17th centuries, where Chinese from various provinces as well as Portuguese, Japanese, Dutch and Indians settled. During this period of the China trade, the town was called Hai Pho (Seaside Town) in Vietnamese.

Originally, Hai Pho was a divided town with the Japanese settlement across the "Japanese Bridge" (16th-17th century). The bridge (Chùa cầu) is a unique covered structure built by the Japanese, the only known covered bridge with a Buddhist temple attached to one side.

The early history of Hội An is that of the Cham. These Austronesian-speaking Malayo-Polynesian peoples created the Champa Empire which occupied much of what is now central and lower Vietnam, from Huế to beyond Nha Trang. Various linguistic connections between Cham and the related Jarai language and the Austronesian languages of Indonesia (particularly Acehnese), Malaysia, and Hainan has been documented. In the early years, Mỹ Sơn was the spiritual capital, Trà Kiệu was the political capital and Hội An was the commercial capital of the Champa Empire - later, by the 14th century, the Cham moved further down towards Nha Trang. The river system was used for the transport of goods between the highlands, inland countries of Laos and Thailand and the low lands.

In 1535 Portuguese explorer and sea captain António de Faria, coming from Da Nang, tried to establish a major trading centre at the port village of Faifo. Hội An was founded as a trading port by the Nguyễn Lord Nguyễn Hoàng sometime around 1595. The Nguyễn lords were far more interested in commercial activity than the Trịnh lords who ruled the north. As a result, Hội An flourished as a trading port and became the most important trade port on the East Vietnam Sea. Captain William Adams, the English sailor and confidant of Tokugawa Ieyasu, is known to have made at least one trading mission to Hội An (around 1619). The early Portuguese Jesuits also had one of their two residences at Hội An.

In the 18th century, Hội An was considered by Chinese and Japanese merchants to be the best destination for trading in all of south-east Asia, even Asia. The Japanese believed the heart of all of Asia (the dragon) lay beneath the earth of Hội An. The city also rose to prominence as a powerful and exclusive trade conduit between Europe, China, India, and Japan, especially for the ceramic industry. Shipwreck discoveries have shown that Vietnamese and Asian ceramics were transported from Hội An to as far as Sinai, Egypt.

Hội An's importance waned sharply at the end of the 18th century because of the collapse of Nguyễn rule (thanks to the Tây Sơn Rebellion - which was opposed to foreign trade). Then, with the triumph of Emperor Gia Long, he repaid the French for their aid by giving them exclusive trade rights to the nearby port town of Đà Nẵng. Đà Nẵng became the new centre of trade (and later French influence) in central Vietnam while Hội An was a forgotten backwater. Local historians also say that Hội An lost its status as a desirable trade port due to silting up of the river mouth. The result was that Hội An remained almost untouched by the changes to Vietnam over the next 200 years.

Today, the town is a tourist attraction because of its history, traditional architecture and crafts such as textiles and ceramics. Many bars, hotels, and resorts have been constructed both in Hội An and the surrounding area. The port mouth and boats are still used for both fishing and tourism. 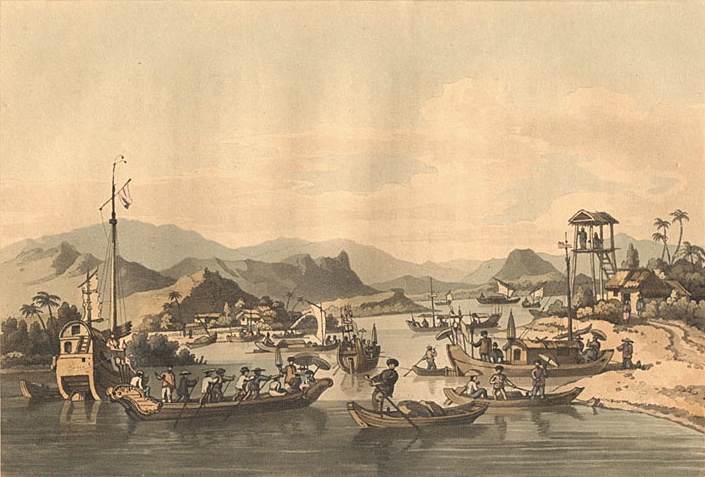 Da Nang, Hue, Hoi An
CENTRAL VIETNAM TOURS OVERVIEW: Located in the heart of the nation, Central Vietnam is known for its More info
Book now

Da Nang, Hoi An
Chan May Shore Excursions Overview: As you know, Central Vietnam is not only famous for its histori More info
Book now

Half Day Hoi An Biking Tour

Hoi An
Hoi An Biking Tour Introduction: As we all know, Hoi An is a little charming city by the Thu Bon riv More info
Book now

Hoi An
Hoi An City Tour Itinerary In the morning, our tour guide will come and pick you up at your hotel in More info
Book now

Hoi An
HOI AN CYCLING TOUR PROGRAM To start our Hoi An Biking Trip, we will come to meet you up at the hote More info
Book now

Hoi An Day Trip From Chan May Port

Hoi An
HOI AN DAY TRIP FROM CRUISE SHIP To begin with, our guide and car will come to pick you up at Chan M More info
Book now

Hoi An
HOI AN DAY TRIP FROM TIEN SA PORT PROGRAM To start the trip, the guide and driver from our company w More info
Book now

Hoi An Farming and Fishing Tour

Hoi An
HOI AN FISHING TOUR OVERVIEW: Perhaps, Hoi An is the most beautiful city of Vietnam. This city is th More info
Book now

Hoi An
HOI AN MOTORBIKE TOUR OVERVIEW: Generally, Hoi An is a charming, romantic city in Vietnam. This is a More info
Book now

Hoi An Package Tour from Sydney

Hue, Hoi An
Hoi An Package Tour from Sydney Itinerary Overview: Nothing is worthwhile for tourists than having f More info
Book now

Hoi An
HOI AN PRIVATE SHORE EXCURSION FROM TIEN SA PORT PROGRAM In the morning, we will come to collect you More info
Book now

Hoi An
HOI AN PRIVATE TOUR To start with, in the morning the guide and the driver will come and meet you up More info
Book now

Quang Nam, Hoi An
Hoi An Tours Overview: As we all know, Hoi An ancient town is one of the most charming towns in Viet More info
Book now

Jeep Tour From Hoi An to Hue

Hue, Hoi An
JEEP TOUR FROM HOI AN TO HUE PROGRAM In the morning, we will come to select you at the hotel and we More info
Book now

My Son Sanctuary and Hoi An city tour from Da Nang

Hoi An
MY SON SANCTUARY AND HOI AN CITY TOUR FROM DA NANG PROGRAM Firstly, in the morning we come and meet More info
Book now

My Son Sanctuary From Hoi An

Quang Nam, Hoi An
MY SON SANCTUARY FROM HOI AN: In the morning the tour guide and driver will come to collect you at t More info
Book now

Hoi An
My Son Sanctuary Shore Excursion Program: Firstly, in the morning we will come and meet you up at th More info
Book now

My Son Sanctuary Tour from Danang

My Son Tour with Boat Trip

Paradise Cave Tour from Hoi An

Quang Binh, Hoi An
Paradise Cave Tour from Hoi An Program To start the day, we will come and pick you up at the hotel i More info
Book now

Hoi An
SHORE EXCURSION HOI AN CITY PROGRAM In the morning, we come and meet you up at the Tien Sa or Chan M More info
Book now

Shore Excursion to Marble Mountains and Hoi An ancient town