Quang Binh formerly Tiên Bình under the reign of Lê Trung Hưng of the Lê Dynasty (this province was renamed Quảng Bình in 1604), is a province along Vietnam’s north-central coast. The province has an area of 8,065.8 square kilometers and population of 857,818 inhabitants (as of 2008)[1] The province is bordered by the Laotian Khammouane Province to the west, the North Pacific Ocean to the east, Hà Tĩnh Province to the north and Quảng Trị Province to the south. Historically, this region belonged to Văn Lang and later the kingdom of Champa. Later it was claimed by both the Đại Việt and Champa and officially annexed into Đại Việt by Lý Thường Kiệt, a Lý Dynasty general (under the reign of Lý Thánh Tông).

The site of present-day Quảng Bình was battlefields between Champa and Vietnam until the Vietnamese territory was expanded further south by subsequent dynasties. Quảng Bình’s importance expanded after Nguyễn Hoàng, a prince of Nguyễn lords was sent to the south by a king of the Lê Dynasty. Hoàng built his estate and turned it into Đàng Trong, a rival of the de facto Trịnh-controlled Đàng Ngoài. Quảng Bình became an important front to defend Đàng Trong from attack by Đàng Ngoài. Under French rule, this province was part of Annam. During the Vietnam War, this province was part of the Democratic Republic of Vietnam (aka North Vietnam), only 20 km from the DMZ. This province was severely devastated by bombing from U.S. B-52s. This province is home to the World Heritage Phong Nha-Kẻ Bàng National Park. The province is also home to several famous Vietnamese persons, including general Võ Nguyên Giáp, poet Hàn Mặc Tử, writer Bảo Ninh and the family of former South Vietnamese president Ngô Đình Diệm.

Archaeological excavation in this area proved that human living in what is now Quảng Bình province in Stone Age period. Many artifacts such as ceramic vases, stone tools, china was unearthed in Quảng Bình. 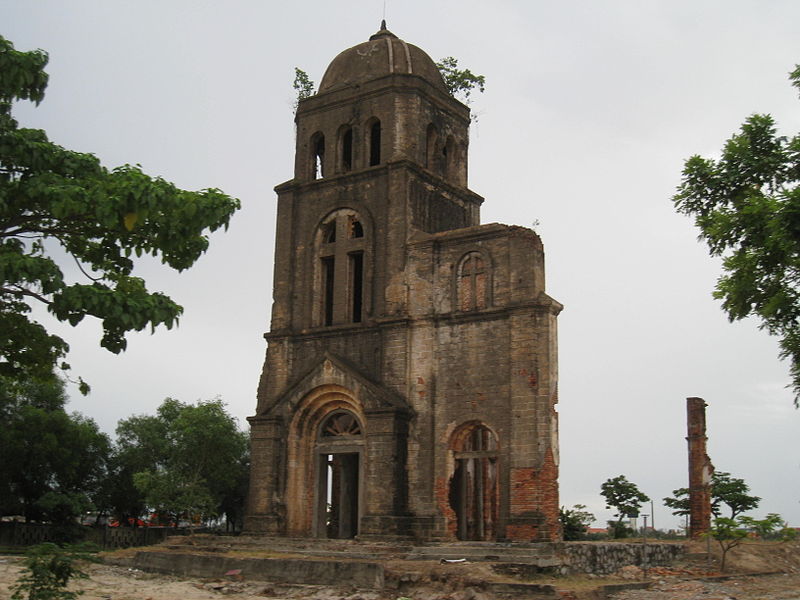 In 1926, a French archaeologist, Madeleine Colani, discovered and excavated many artifacts in caves and grottoes in west mountainous areas of Quảng Bình. She concluded that the Hòa Bình culture belonged to this region. Through C14 dating test, the artifacts dated back to 10,509 (plus or minus 950) years ago. From Quy Đạt township (in Minh Hóa District) to 150 m southwest, the Hum grotto contains many stone tools and animal stones from an ancient human community. Inside the Khai grotto near Quy Đạt township, similar artifacts were also found. Especially, there are several ceramics of Đông Sơn culture. Additionally, artifacts from the Stone Age were unearthed in some grottoes in Quảng Bình. Owners of these artifacts lived in the caves and grottoes and hunted for their food.

Under the Hung kings, when Văn Lang nation founded the Văn Lang tribal coalition, Quảng Bình belonged to the Việt Thường group. Under Lê Trung Hưng, this province was named Tiên Bình. The central and the south of Vietnam (from Ngang mount pass to Bình Thuận Province) was part of the Champa Kingdom. During that time, wars between Champa kingdom and Đại Việt were frequent. Majority of the wars were started by Champa Kingdom, who was then, stronger than Đại Việt. Quảng Bình became Đại Việt's territory in 1306 A.D. following the arrange marriage of the Trần Dynasty princess Huyền Trân to the Champa king, Jaya Sinhavarman III (Vietnamese: Chế Mân). Huyen Trần was King Trần Nhân Tông's daughter and King Trần Anh Tông's younger sister. Political matches made to acquire land were common traditional practices by Champa kings. Because of the marriage, Đại Việt acquired lands (as dowry) of what is now Quảng Trị Province, and Thừa Thiên–Huế Province (then known respectively as Chau O and Chau Ri or Chau Ly), the new map changed Quảng Bình from being the southernmost land and the southern border of Đại Việt. During the Trinh-Nguyễn family war in the 17th century, the Gianh River in Quảng Bình Province became the border between Dang Trong (South Vietnam) and Đàng Ngoài (North Vietnam). Đồng Hới city was built as a fortress to protect the Nguyễn family's Dang Trong from Đàng Ngoài's attacks.

In 1604, the provincial name was changed to Quảng Bình. Lord Nguyễn Phúc Khoát divided Quảng Bình into 3 counties (dinh): dinh Bố Chính (formerly dinh Ngói), dinh Mười (or dinh Lưu Đồn), and dinh Quảng Bình (or dinh Trạm). The province was established in 1831, with the part of phủ Quảng Ninh, then added phủ Quảng Trạch. Under French colony (French Indochina, Quảng Bình was situated in Annam of French Indochina and Đồng Hới airbase in Quảng Bình was used by the French to attack the Việt Minh in north-central Vietnam and the Laotian Pathet army in north and south Laos. In 1954, the Geneva Accord was signed by France, Vietnam, and other parties involved. According to which, Vietnam was to be temporarily divided into 2 parts, with the 17th parallel as the boundary. North Vietnam was under the control of the Communist party while the South was an anti-communist and French collaborators control. A universal election was to be held in 1956 in order to determine the unification of Vietnam. However, in the South, Ngô Đình Diệm held a referendum, which determined the form of government for the South; consequently, leading to the foundation of the Republic of Vietnam.

50 km north of the 17th parallel, during the Vietnam War, Quảng Bình was the most heavily bombed province by U.S. B-52s due to its location. In 1976, Quảng Bình, Quảng Trị Province, Thừa Thiên Province Province were merged into Bình Trị Thiên Province, in 1990 Binh Tri Thien Province was split into three provinces as they were before. 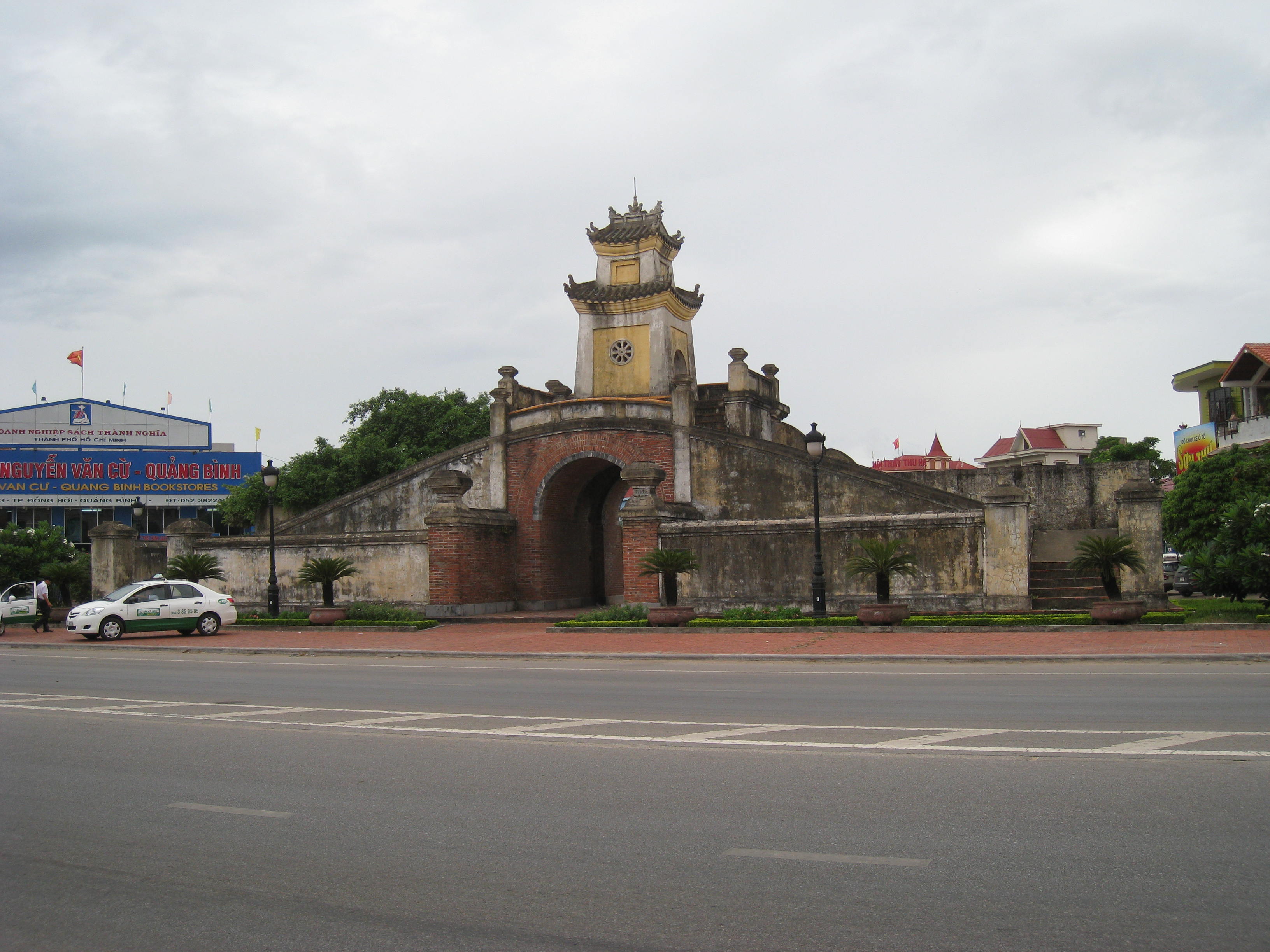 Hoi An to Phong Nha trip

Paradise Cave Tour from Hoi An

Phong Nha Tour from Hoi An