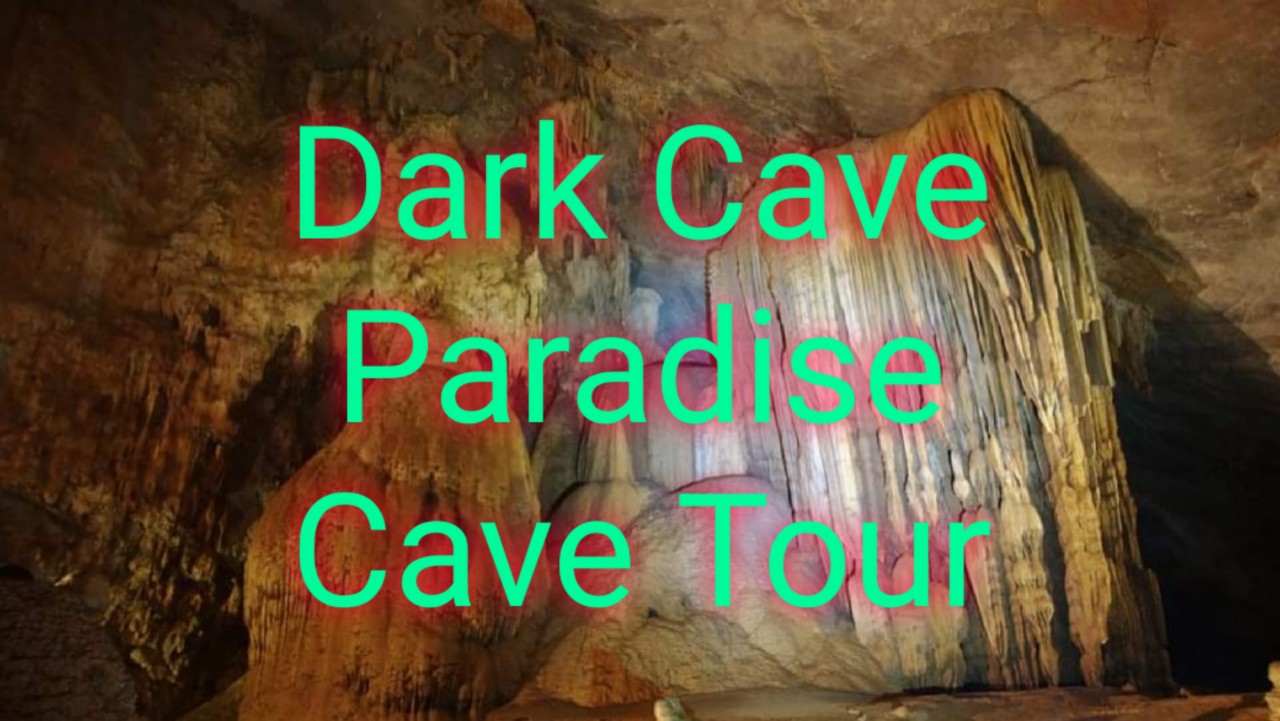 Dark Cave in Phong Nha National Park was discovered in 1990 by some cave experts. Thus, this Dark cave is located right on the way to Thien Duong Cave and Nuoc Mooc stream. In recent years, Dark Cave has only been put into tourism in Quang Binh province.

Dark Cave is 6km long and is considered a “small Son Doong”. In the rainy season, the water level rises, which is a condition for the accumulation of young mud, forming a large mud lake with enough essential minerals to help visitors relax, massage and relax.

As you know, Chay River, Dark Cave belong to Phong Nha Ke Bang National Park. Coming here, visitors will not only experience some of interesting activities such as cave exploration, mud bath, swimming in dark lake but also do kayaking and zipline in the Dark Cave.

Known as the “Kingdom of Caves”, Quang Binh currently has more than 350 caves, of which more than 30 caves are put into tourism operation. Due to the fact that the province has the highest concentration of caves in Vietnam. Surely, Mother Nature has bestowed for Quang Binh to have such an amazing cave complex. Coming here, anyone who sets foot in the caves will be amazed by the stunning and overwhelming beauty of the cave systems. Some world famous caves such as Son Doong, En cave … but the most attractive ones are Phong Nha Cave and Paradise (Thien Duong) Cave.

In 2005, a group of researchers discovered caves in the core area of ​​limestone mountains located at an altitude of 191 m above water level. Also from here to 2010, the Royal British Cave Association conducted this cave exploration. After exploring, they officially announced this as a cave of great beauty with stalactites inside and named it as Paradise Cave.

For those who want to explore these two beautiful caves in one day from Dong Hoi, Premium Travel Vietnam organizes this Dark Cave Paradise Cave Tour. 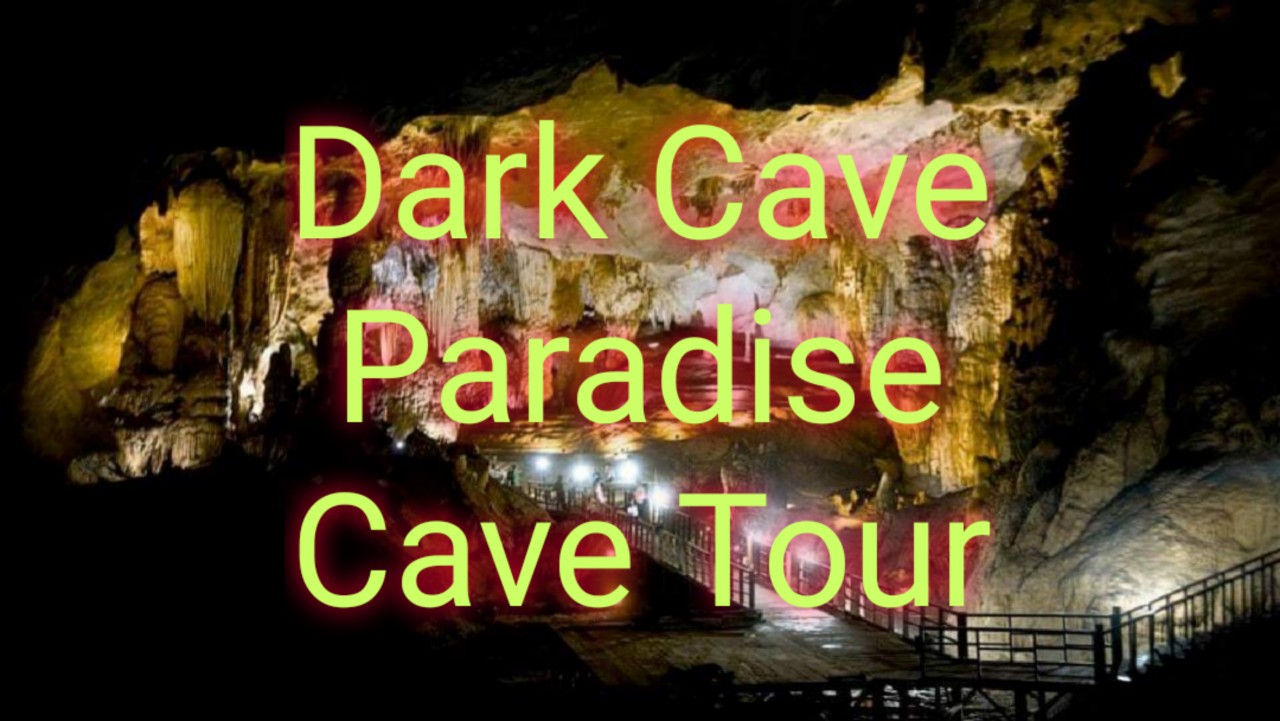 In the morning, the guide and driver from Premium Travel Vietnam will come to meet you up the hotel and then transfer to Phong Nha National park for Dark Cave Paradise Cave Tour. We will come along Ho Chi Minh Trail that served as the weapon transportation for Viet Cong soldiers in the war. As we passing by many hills, mountains, villages of Quang Binh province, you can feel the rustic atmosphere of the countryside in Vietnam.

Upon reaching Paradise Cave, we then follow the way reaching the cave entrance, from here, you will step down few stairs and will be shockingly amazed by the majestic charm of this cave. From a viewpoint, it looks like a small castle lying underground waiting for you to discover.

As you walk further in, you can see some natural pictures created by Mother of Nature such as Rong House, Royal Palace, Flower Pillars or some of imaginary pictures of dragon, rabbit, unicorn and so on that were formed by millions years of formation. After sightseeing the cave, we will then go back out and continue our trip to Dark Cave.

On arrival at Dark Cave, after preparing the specialized uniform for the cave regulations, you then have a 400m ziplining leading you inside the Dark cave. Because the cave is dark, you will wear your head torch to light it up and at the end the Dark cave, you will have a mud bath which is the most essential and interesting part of the tour.

Coming out from the Dark Cave, our Dark Cave Paradise Cave Tour will continue with some outdoor sports for you leisure and entertainment such as swimming, playing basketball or kayaking on Chay River.

Later on, enjoy your lunch in a local restaurant and following that our guide and driver will transfer you back to Dong Hoi city. Thus, our  Dark Cave Paradise Cave Tour will come to an end here. 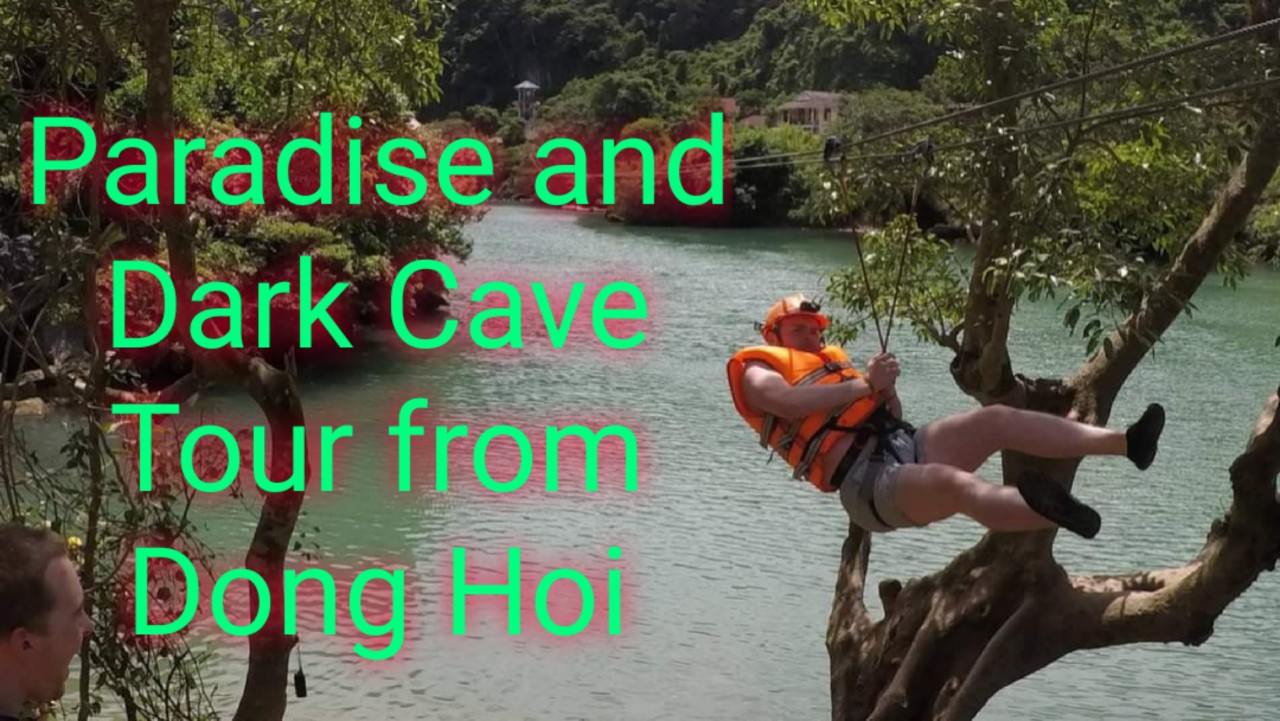 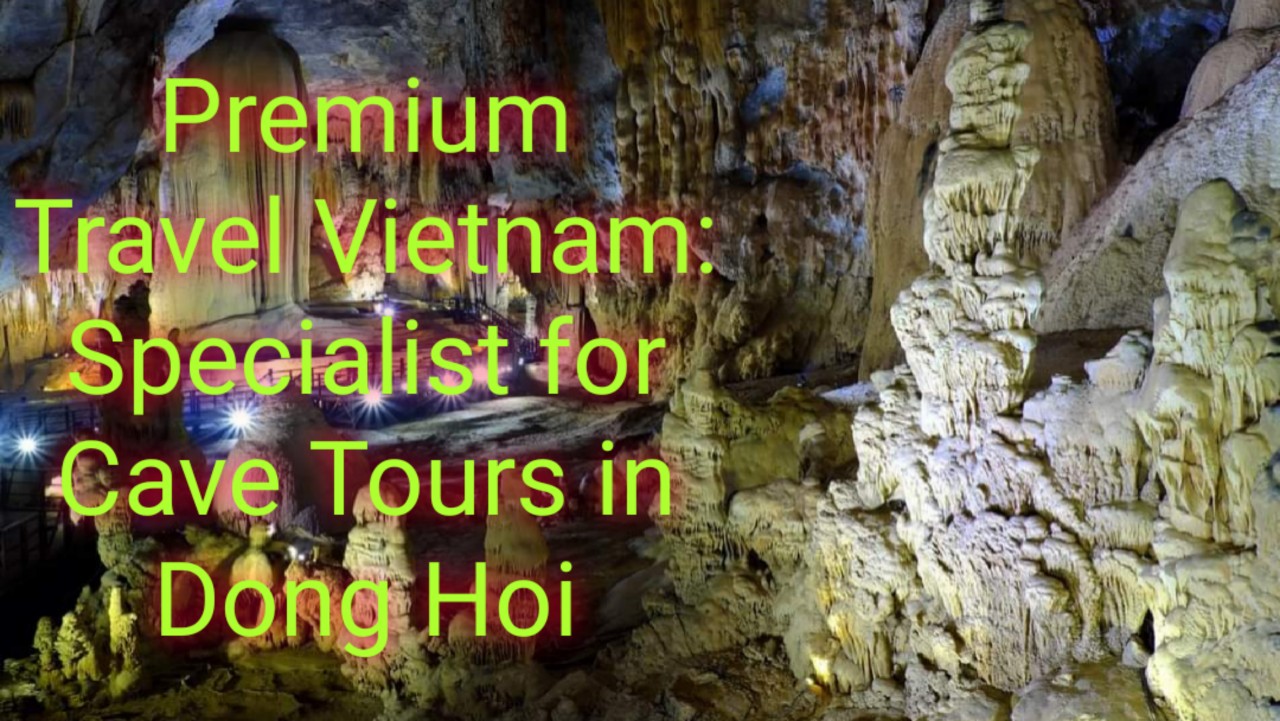 HOW TO BOOK PARADISE AND DARK CAVE TOUR? 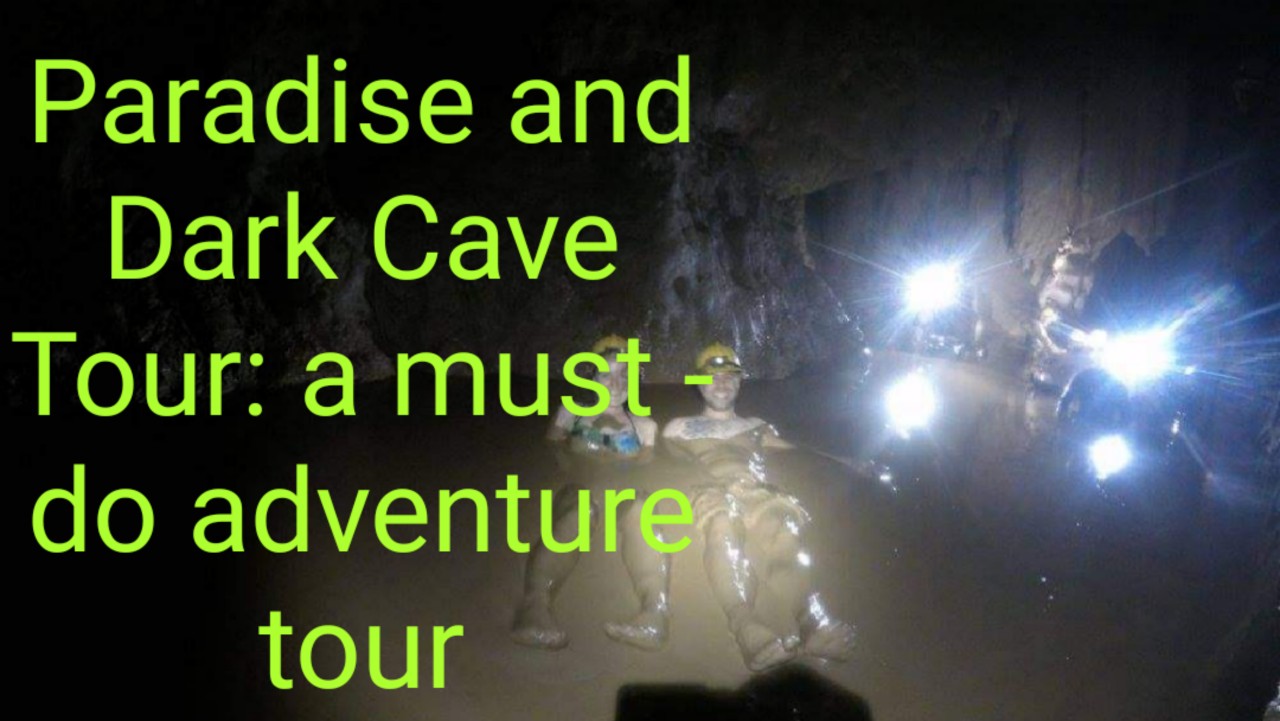 So, if you arrive in Dong Hoi city, or Phong Nha National Park and would like to find THE BEST TRAVEL AGENT FOR PARADISE AND DARK CAVE TOUR, do not hesitate to contact us:

We will definitely make your trip with us an enjoyable one. 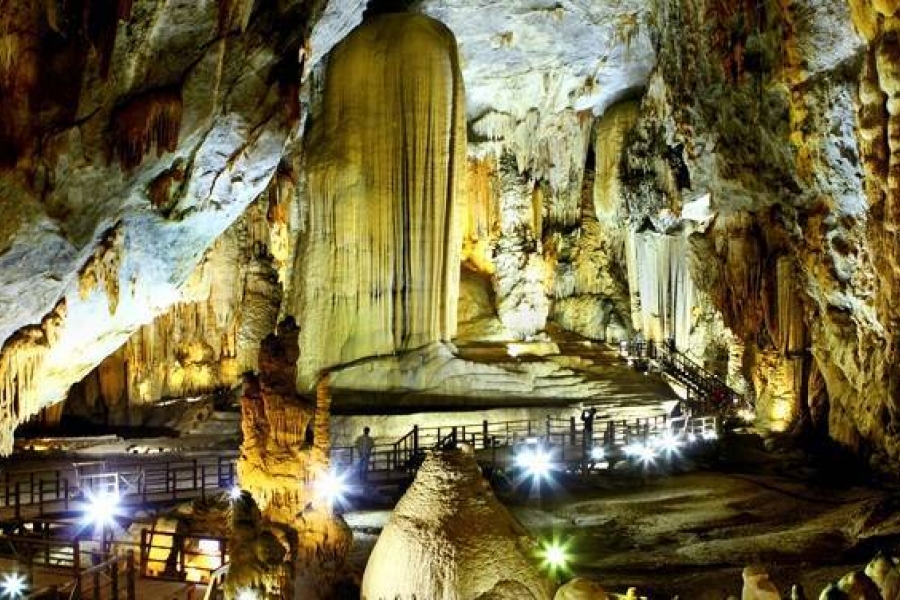 Quang Binh formerly Tiên Bình under the reign of Lê Trung Hưng of the Lê Dynasty (this province was renamed Quảng Bình in 1604), is a province along Vietnam’s north-central coast. The province has an area of 8,065.8 square kilometers and population of 857,818 inhabitants (as of 2008)[1] The province is bordered by the Laotian Khammouane Province to the west, the North Pacific Ocean to the Read more