Sitting on the bank of romantic Perfume river, the ancient capital city of Hue was the capital of Vietnam in 143 years (1802-19450. It it the cultural city of Vietnam and thanks to its historical monuments, architectures, temples, palaces; Hue Monuments Complex was listed as World Cultural Heritage of Vietnam in 1993. 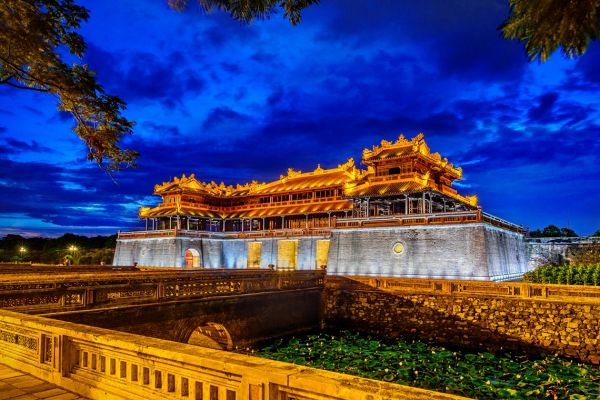 To begin Hue Tours, we will come to meet you up and then transfer you to Hue Citadel – a landmark of the city. Thus, this massive complex built in 27 years and owns 3 walled cities from outside to inside: Hue Citadel, Hue Imperial city and Hue Forbidden city.

The Nguyen Dynasty had built many palaces, temples, pagodas as homes for all royal family to live from 1802 till 1945. Though Tet Offensive attacked and destroyed lots of buildings but many of them still remain. So, on arriving here, we will wander off around and visit Noon gate, Thai Hoa Palace, Royal Theatre, Truong Sanh Palace ect. You will know more of royal life in the past.

Later, we will be heading off to Thien Mu Pagoda – one of the oldest sites in Hue built dating back to 1601. Located on small hill overlooking Perfume river, Thien Mu Pagoda is the place where local people come to conduct their religious services. Situated in the main hall is Dai Hung Sanctuary and then in the back there is an old car that took Superior Monk to his self immolation in Saigon in 1963.

After that, we will transfer you to a local restaurant for lunch with some of Hue’s specialties. The following is a car transfer to royal tomb of Tu Duc.

Hence, Tu Duc Tomb was built from 1864 to 1867 and became the Emperors’ summer resort or resting place for himself. On arrival, we start off to walk around this lovely spot and sightseeing the Emperors’ Royal Office, Theatre and his Residence. Later, we will head to the back of the compound and pay a visit to his burial place where the Emperor’s remains are seated.

So, this tomb was the last tomb built in Nguyen Dynasty. So with French architectures, the tomb had a mixture between French and Chinese influences. Built from 1920 t0 1931, the tomb took the longest time to build and became one of the eleborate places in Hue.

Upon coming here, we will walk up stairs and visit Honor Courtyard with all statues of Vietnamese officials standing on two sides. Right in the middle is Memorial set up by Bao Dai to worship his father.

Continue the tour, we will head up to Khai Thanh Palace where mosaic architecture can be seen here as well as the final resting place for the Emperor.

Visiting this beautiful spot, we like going back to the ancient time and monarchic dynasty of Nguyen to know all splendor and their former royal life.

Eventually, we will transfer you back to the hotel and our Hue Tours will finish here.

Why do you choose Hue Tours?

Being with PTV in this tour, we are proud to give you a full understanding of Hue culture by visiting some of Hue ancient relics such as Hue Citadel, Buddist Pagoda and Royal Tombs.  Especially, you will have a deep insight into Hue culture. At the same time, we will take you to sample some of Hue’s local food and since then you will find out how disctintive Hue cuisine was in the old days. This trip is a must do thing when you are in Hue areas.

Please send an email to us at premiumvietnamtravel@gmail.com, we will promptly response to you. Or contact us at Whatsapp at 0084 979613777. We are honored to serve you.

HOW TO BOOK HUE TOURS?

So, if you come to Hue city and would like to find a professional tour operator with best services, do not hesitate to contact us: 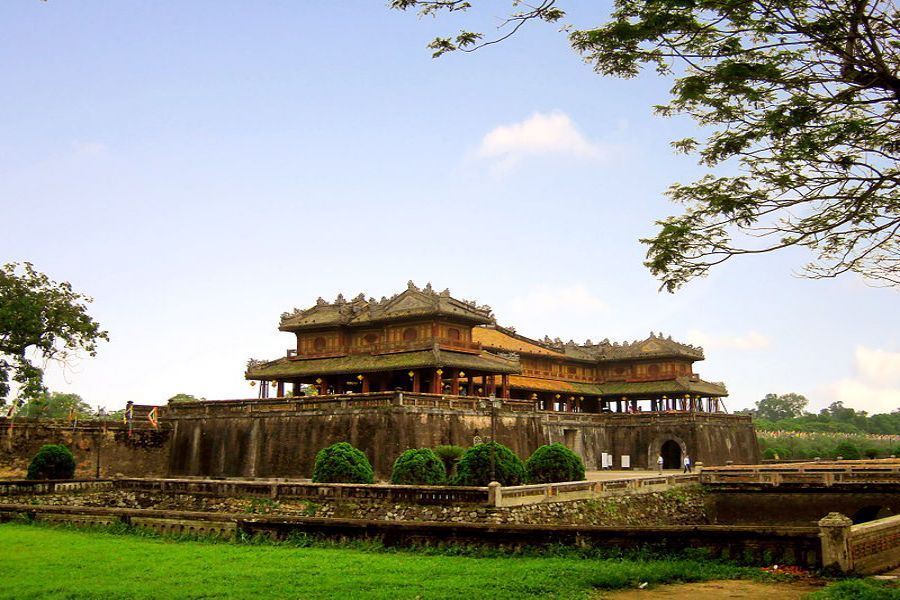 Hue  is a city in central Vietnam that was the seat of Nguyen Dynasty emperors and the national capital from 1802–1945. A major attraction is its vast, 19th-century Citadel, surrounded by a moat and thick stone walls. It encompasses the Imperial City, with palaces and shrines; the Forbidden Purple City, once the emperor’s home; and a replica of Read more