Settled along the Ben Hai River, 100 kilometers north of Hue and encompassing a large area of Quang Tri and Hue, this little land appears to be so serene that no one would guess it was once the scene of one of the bloodiest conflicts in Central Vietnam during the Vietnam War in the 1960s and 1970s. Between 1954 and 1975, this territory in Vietnam, today known as the Demilitarized Zone (DMZ), acted as a war-free buffer between the North and the South, but it was nonetheless subjected to major bomb strikes and casualties on both sides. The DMZ in Vietnam has become an icon of a battle zone in Viet Nam, with former American military base buildings, memorials dedicated to local war heroes, a US combat base-turned-museum, and war remnants. 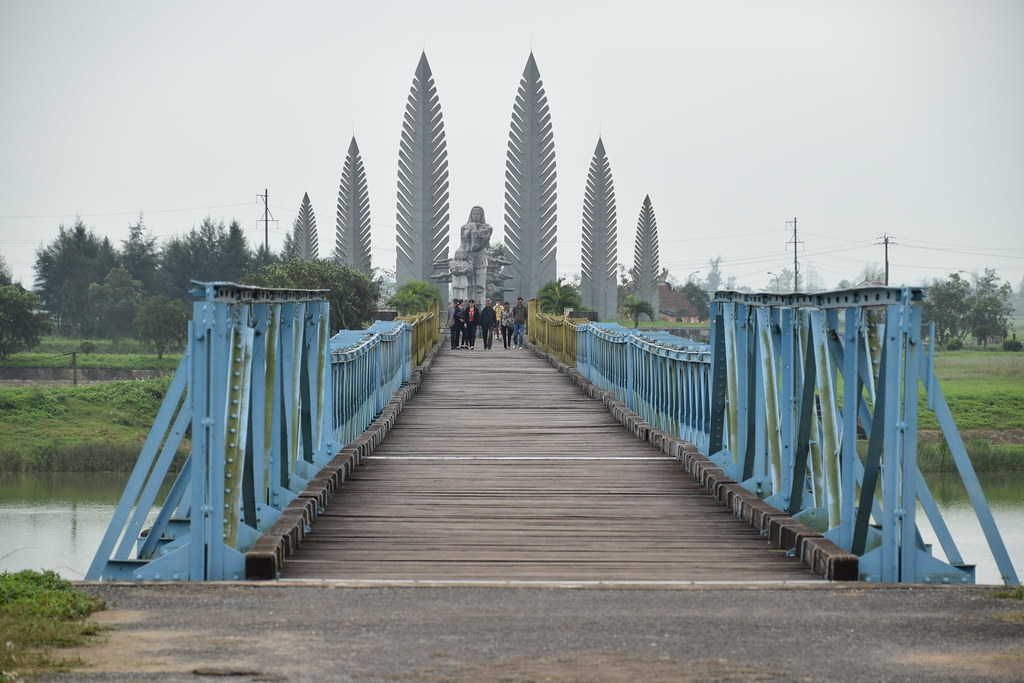 In the morning, our guide and drive will come to pick you up at hotel in Hue, so we will begin DMZ Vietnam Private Tour. We are then departing to DMZ (Demilitarized zone) which is roughly 190 km north of Hue. On arrival, we firstly visit the Ben Hai River that served as demarcation line between the North and the South of Vietnam in almost 20 years. Thus,  Demilitarized Zone (DMZ) consisted of a 5 km to either side of the demarcation line. But during the war, the Southern area of DMZ was one of the bloodiest battlefields.

Hence, this DMZ Vietnam Private Tour will take you to visit Hien Luong Bridge, Ben Hai River and Vinh Moc Tunnels along High way No.1. By the way, you will admire great job and artistic work done by the local people of Vinh Thach village in the war.

This DMZ Vietnam Tour will remind you of ever bloody part in history of the country and for you to realize the endurance, the bravery of the Vietnamese people in the war. 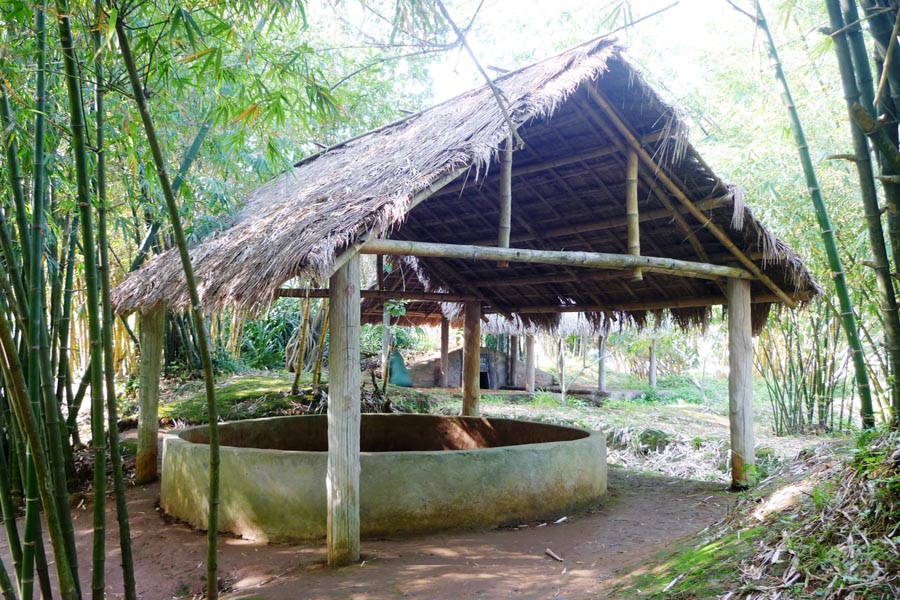 When we finish, we will take you to local restaurant for lunch and then we continue DMZ Vietnam Private Tour to  come along Route 9 connecting Dong Ha town and Khe Sanh combat base. On the way, we visit the Rock Pile and the Dakrong Bridge, Ho Chi Minh Trail, Khe Sanh Combat and the Ethnic minorities along High way No.9. When we finish, we then transfer you back to Hue in late afternoon and our DMZ Vietnam Tour will come to an end here.

Participating with Premium Travel Vietnam in this DMZ Tour Hue, we want to give tourists to know more history of Vietnam and some battles that happened around DMZ during 1960′. And you also have an opportunity to interact with local people to learn more of the war. By the way, enjoy your time under Vinh Moc tunnels will be one of memorable experience for you during your stay in Hue.

If you are interested in this DMZ Full Day Tour from Hue, kindly contact us at premiumvietnamtravel@gmail.com or whatsapp Mr. Viet (Travel Manager) at 0084 979613777 for more information and details. It is our pleasure to serve you. 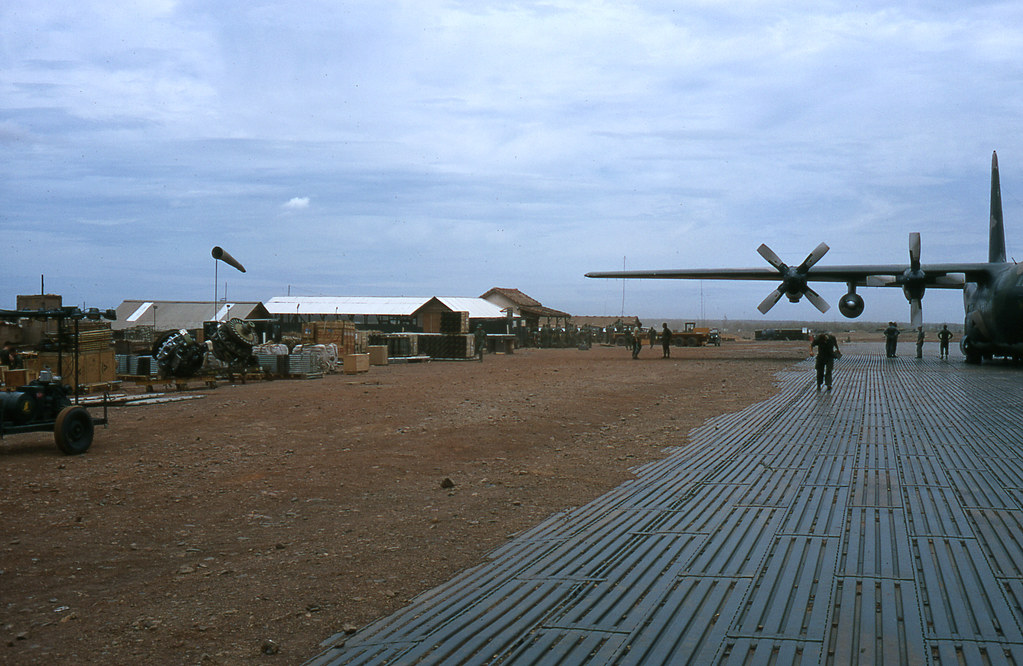 So, if you come to Hue and would like to find a professional travel agent with best services for DMZ Hue Day Trip, do not hesitate to contact us: 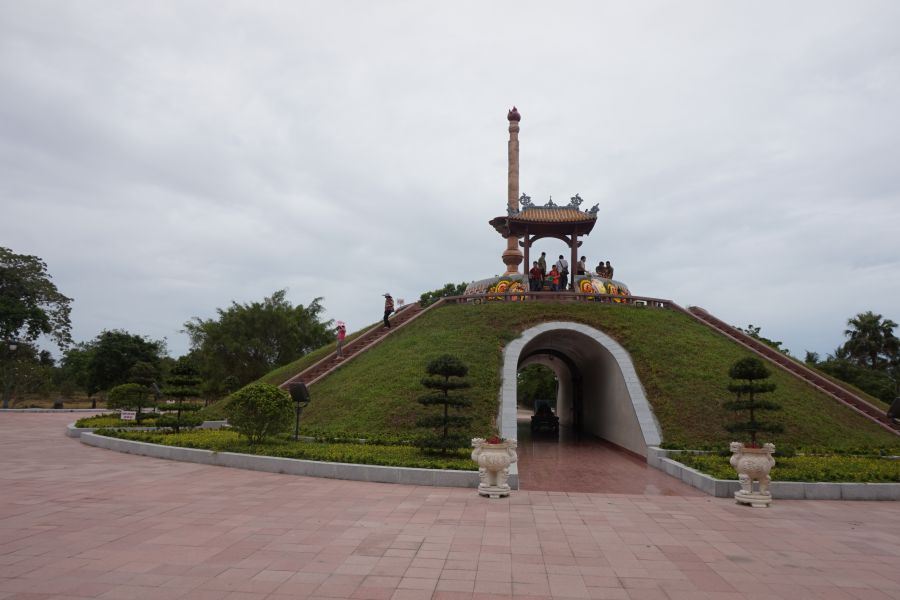 Quảng Trị is a province in the North Central Coast region of Vietnam. It is second of two municipalities in the province after the provincial capital Đông Hà.Read more